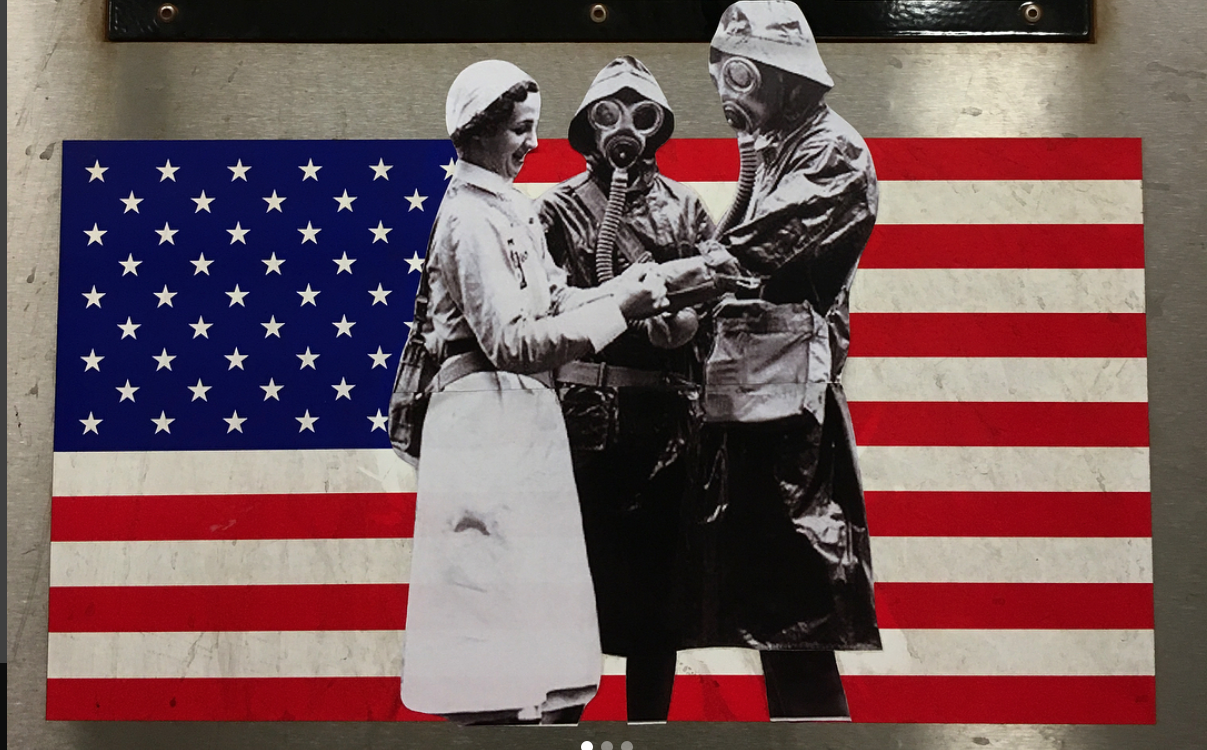 Recently, many progressives have debated the utility/futility of crossing ideological lines and collaborating on isolated joint interests with people who hold opposite views.

By ‘opposite’ I mean that while the left works to uphold/expand rights and advocate for justice for all oppressed communities and against moneyed and/or racist agendas, potential collaborators on the right actively promote oppression and injustice.

Thus, this cross-ideological collaboration (I call it a ‘con job’) would revolve around a fight versus a mutual enemy, while disregarding all other equally important goals: an alliance that focuses on a conflict against the “establishment”, while ignoring/postponing the left’s struggle for ideals and objectives that will lead to a better future.

I claim that promoting such a notion is ultimately cruel, lazy, short-sighted and most of all — counterproductive.

An analogy here may be useful:

A proponent of this collaborative approach would say: “I do politics like I eat a watermelon: I spit out the seeds and eat the rest. If there’s enough delicious watermelon, the seeds are negligible.

And the retort: “A watermelon can get moldy if it is not kept fresh. Even if the mold only appears to be localized to a small region, it sends very thin and deep roots that are toxic. Therefore, slightly moldy watermelons should be trashed in their entirety. In fact, the USDA recommends discarding fruits and vegetables if they show any signs of mold.”

As this analogy demonstrates, this latter approach is not “purist”, as many detractors claim, it is simply survivalist.

But life is more complicated than eating a watermelon and context is crucial.

Nowadays, mainstream liberal outlets have completely sold out to corporate interests, which include the military industrial complex, big oil and pharmaceutical companies. Thus, the rationale goes — how can one criticize right-wing outlets such as Fox or Breitbart, when CNN and MSNBC support war-mongers like Hillary Clinton, Henry Kissinger et al.?

Good point. But is there really no difference between these outlets? Isn’t it a spectrum from left to right? Where does one draw a line? Is Alex Jones’ Infowars comparable to Amy Goodman’s Democracy Now!?

Recently, this debate has revolved around voices that oppose an escalation of U.S. involvement in Syria. Glenn Greenwald of The Intercept suggested that his recent appearance on Tucker Carlson’s show on Fox News, which some interpreted as a tacit endorsement or at least a willful indifference of Carlson’s past war-mongering and bigoted views, is akin to others’ appearing on CNN, MSNBC and other mainstream liberal outlets.

But is this equivalence valid?

By appearing on Carlson’s show, Greenwald inadvertently normalizes what Carlson represents — i.e. his toxic views and those consistent of his employer Fox. This form of endorsement from a prominent journalist harms any movement on the left, which hopes to provide a meaningful alternative to the current hegemonic force.

And perhaps even more importantly — is there any evidence to show that Greenwald’s (or anyone else’s) appearance on Fox has managed to change viewers’ opinions or affect political decisions? Do these appearances add much to Greenwald’s useful columns in The Intercept or appearances on Democracy Now!? If so, I have not seen the data.

Here, it is illustrative to recall an incident that involved one of Greenwald’s colleagues — Jeremy Scahill. Back in early 2017 Scahill made a strong statement when he refused to appear alongside the disgraced racist Milo Yiannopolous on Real Time with Bill Maher. As such, Scahill drew a line in the sand — he gave up an opportunity to appear on a popular show in order to make a crucial point that he will not be used to normalize racism.

As such, Scahill proved that he is first and foremost driven by ideology and integrity, not opportunism or a notion of influence across ideological lines.

You may ask — is Scahill, or anyone for that matter, 100% consistent? Well, of course not. We all make mistakes, but the important question is — do we hold ourselves accountable and learn?

There is no doubt in my mind as to Glenn Greenwald’s commitment to many of the ideals of the left. It is clear that by appearing on Fox, he attempts to prevent another American war, which will undoubtedly cause senseless misery and will further bankrupt the economy. However, the faux-notion that it is beneficial to use extreme right-wing media to promote left-wing agendas only serves to bankrupt the left of moral high ground and thus diminish from its ability to grow.

Or in other words – where is Greenwald’s line in the sand?

Now, more than ever, it is crucial to demarcate such lines so that a left wing alternative may solidify and strengthen. These are not mere theatrics; defining boundaries is crucial for the left and all its agendas, including anti-imperialism and the destruction of patriarchy and White supremacy.