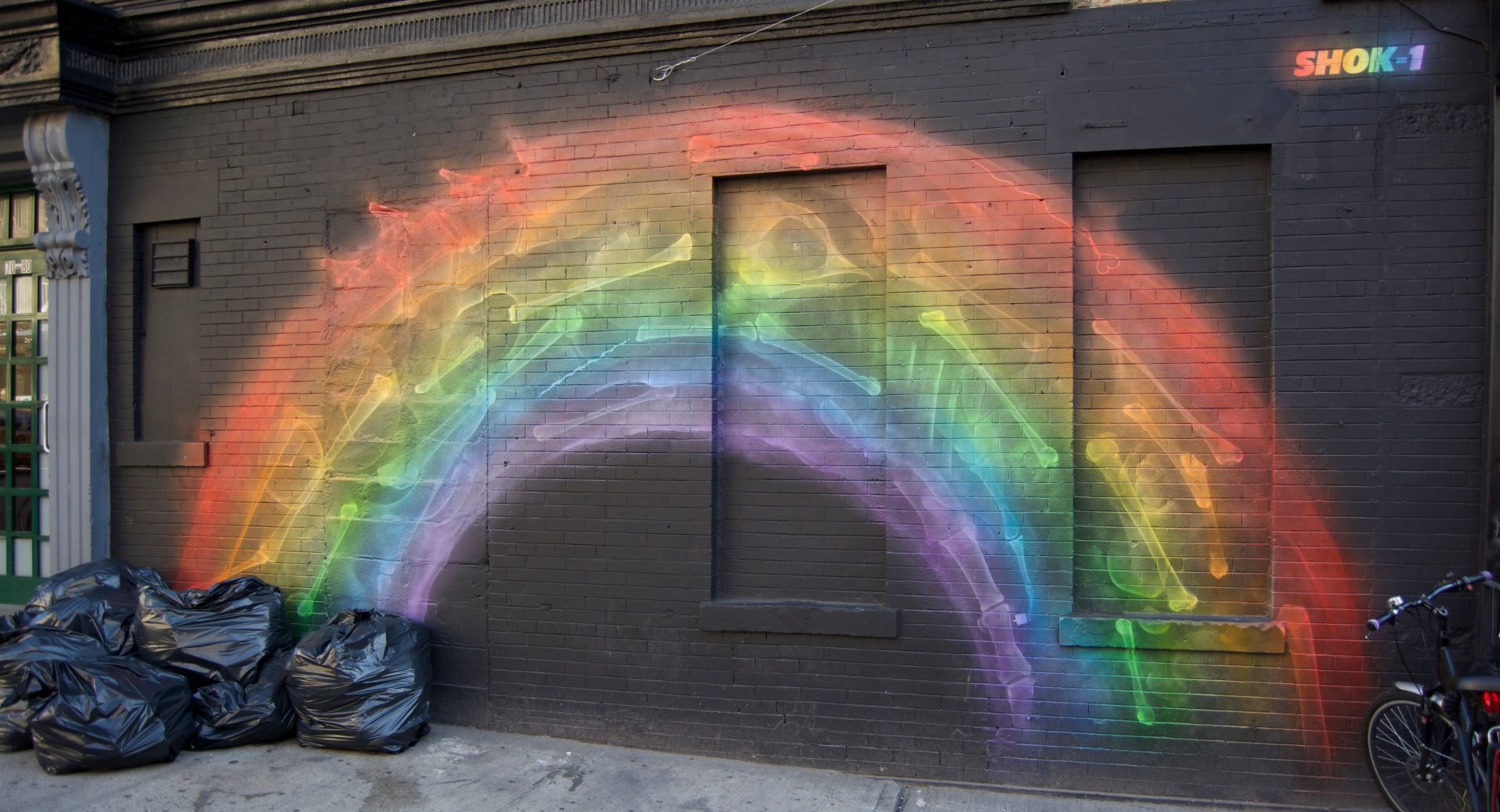 Recently, a legal wall in lower Manhattan got buffed. I’m referring to a wall that is part of the Little Italy Street Art (L.I.S.A.) project and was painted by the artist duo Mirf and the PPP collective.

What does it mean that local residents adore a street art piece like Shok1’s rainbow, whereas Mirf and PPP collective’s graffiti piece, in the words of a local businessman, “…makes my shop look like a junkyard” (from an article by Bucky Turco in Animal New York. Also see it for images of both pieces)?? Regardless of this or that personal opinion about the quality of the particular pieces in question, what can these events tell us about graffiti and street art in NYC? Are memories of New York in the 70’s and 80’s still too fresh for a graffiti tribute on our streets? Do these memories impede a true embrace of this original and thriving art form at its birthplace?

The “writing movement” (more commonly known as “graffiti”) that emerged in the late sixties/early seventies was associated by governing forces here in NYC with high levels of crime, and as a result quickly viewed by the public as a menace. This artificial association between graffiti and crime was in the interest of wealthy property owners, and City Hall manipulated the public’s dismay at the high levels of poverty and crime in NYC to galvanize support for its anti-graffiti campaign. It’s important to remember that whether consciously or not, graffiti in its essence questioned private ownership and challenged the skewed distribution of wealth. Graffiti was the voice of the people that challenged authority, and therefore was regarded as a threat by those in power and was blamed for the ills in society. This is a typical and easy tactical move: instead of assuming responsibility and attempting to solve the problems at hand- kill the messenger.

The sentiments conveyed yesterday by the shop owner in Little Italy may illustrate that these negative associations – between crime and disparity and graffiti art – are still alive and kicking. Whereas it is evident that graffiti has developed into a true modern art form that has dramatically affected the art establishment and global popular culture, it seems like in NYC the association between disparity, crime and graffiti dies hard. On the other hand, pieces that are more abstract, i.e. in the realm of “street art”, are more easily accepted in the public domain. In light of this it is understandable why graffiti is perhaps more easily celebrated as a true contemporary art form elsewhere in the world.

There is hope though, as appreciation of graffiti is slowly seeping into mainstream consciousness in NYC. The “City as Canvas” show, the first of its kind celebrating graffiti and street art in a major museum in NYC, is proof of that. I strongly believe everyone should visit this exhibit and it should perhaps be somehow integrated into the curriculum of schools citywide.

The mural by Mirf and the PPP collective is a great tribute to graffiti art in its birthplace, and it’s a big shame it had to be buffed. Thanks L.I.S.A. Project for making it happen, even if short lived.