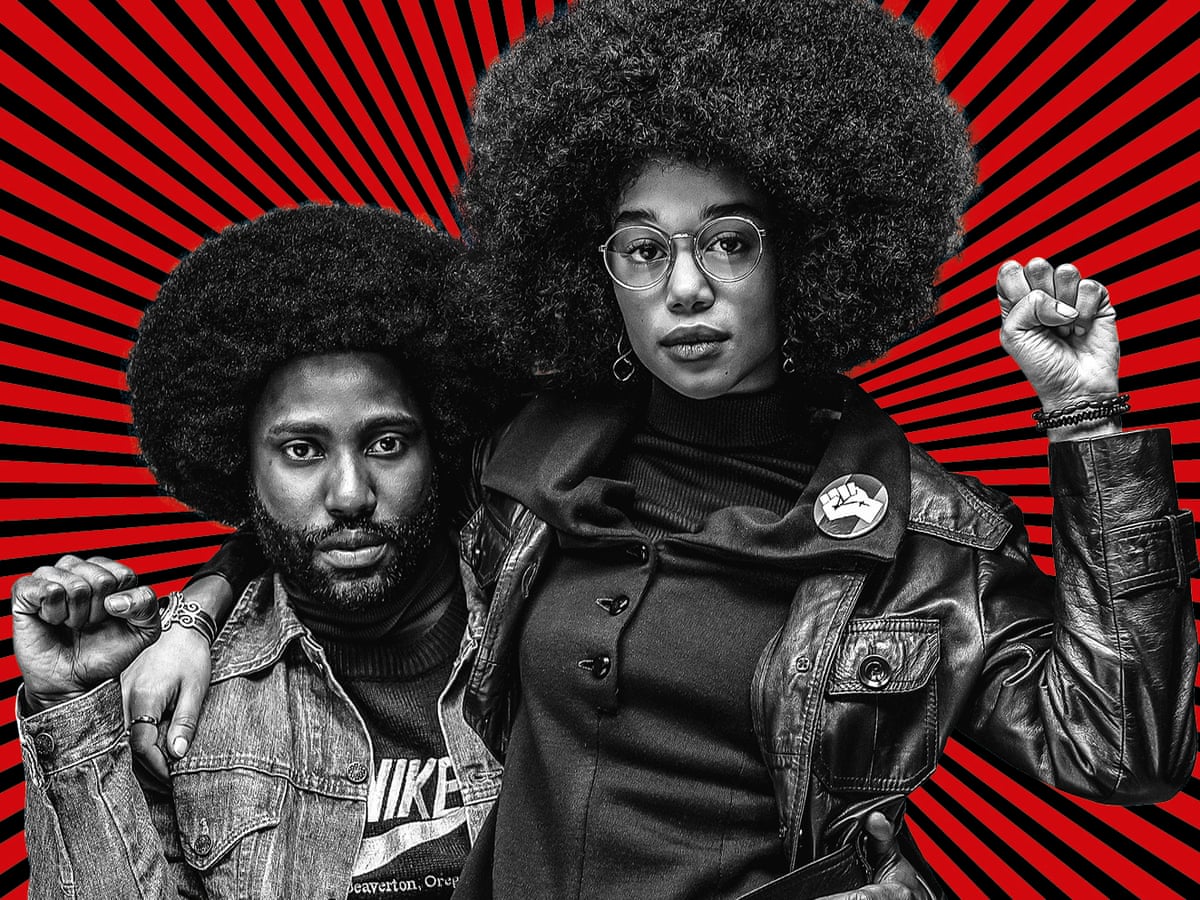 With its signature drive to power through violence, the continued rise of neo-fascism in the United States and Europe, among other places, is unraveling human society. Though dissimilar to the 20th century version in some ways, the current form has many of the attributes of its ancestor, such as:  traditionalism, a distrust of the intellectual world, fear of difference, appeal to a frustrated middle class, militaristic elitism and contempt for the weak, machismo, newspeak, racism/scapegoating and ultra-nationalism.

Grass-roots collectives have assembled to battle the growing tide of white supremacy, which targets Black and Brown people, Indigenous groups, Muslims, Jews, women, LGBTQI, disabled folk and immigrants. Solidarity and the formation of coalitions between forces opposed to white supremacy, including white allies capable of confronting their privilege, is essential to defeating systemic oppression and promoting equality and justice for all.

Spike Lee’s recently released movie Black KKKlansman details the story of a collaboration between two undercover cops in the Colorado Springs Police Department – Ron Stallworth, an African American rookie (John David Washington), and the seasoned Flip Zimmerman (Adam Driver), a non-practicing Jew. Stallworth is the brains and the behind-the-scenes voice of the operation while Zimmerman is its public face.

In a script that mostly defies racial stereotypes and clichés, the two demonstrate the utility of shared efforts in the battle of oppressed groups against xenophobia and inequality, as opposed to the capitalist fantasy of the individualist hero. What’s more, their respective roles within the investigation shed light on the various manifestations of white supremacy, which invoke a different repertoire of responses in each character.

A Black man and undercover cop, Stallworth refrains from any physical contact with KKK members and only meets them toward the end of the movie as Grand Wizard David Duke’s (Topher Grace) assigned security escort. Predictably, he is instantly recognized as a threat and dehumanized. In response, Stallworth remains confident and jovial and goes as far as humiliating Duke and his fellow Klansmen without repercussions.

In contrast, officer Flip Zimmerman manages to penetrate the Ku Klux Klan and fool its members, including the Grand Wizard himself, in spite of his Jewish background. Indeed, it is precisely their perceived white skin that renders Jewish people a supposed danger for white supremacists as potential “race infiltrators”.

As part of his undercover role as a Jew-hating, wannabe KKK member, Zimmerman must silently accept and even vocalize various forms of bigotry and aggression in order to survive. Consequently, throughout the film he undergoes a silent personal journey in which he comes to terms with the fact that a Jew like himself will always be a despised outsider in white culture, regardless of religious habits.

White supremacy is also a profoundly male-dominant culture, which subordinates women. Thus, it is revealing to examine the two main female characters in the film who reside on opposing sides of the conflict – while the Black radical Patrice (Laura Harrier) is a proud, empowered, smart and independent leader, Connie Kendrickson (Ashlie Atkinson) is an eternal victim of her misogynist and ignorant husband and constantly appeases and encourages his hateful beliefs.

Lee effectively demonstrates that white supremacy transcends skin color and religion and is a system of exclusion, privilege and hierarchy that is fundamentally incompatible with any notions of equality and justice. What’s more, while detectives Stallworth and Zimmerman confront white supremacy in different ways, they only truly defeat it by joining forces, highlighting the effectiveness of collaboration and comradery among oppressed communities with common struggles.

As an undercover policeman, Ron Stallworth betrays the Black radical movement when he wears a wire to an event headlined by revolutionary Stokely Carmichael (Corey Hawkins). From this point onward Stallworth seeks redemption, both for himself and for all cops, whom his romantic interest – Chapter President Patrice – calls “pigs”.

Toward the conclusion of the movie, Stallworth redeems himself by heroically saving Patrice and her fellow Black radicals from the white supremacist menace. Lee then ends the storyline with a scene in which a racist and abusive officer is singled out and extracted from the force as an aberration.

Much like Stallworth, the movie’s storyline reveals a Spike Lee who also seeks redemption for merely suggesting a revolutionary agenda. As such, Lee conveys the naïve liberal perception of the current rise of neo-fascism as a relatively new phenomenon, instead of viewing it in historical context as a grotesque expression of an ongoing and inherent systemic corruption. In line with this misconception, Lee suggests a solution – limited reform. In so doing, he ignores the deployment of racism as a tool of capitalism and the chief role police play as guardians and principal perpetrators of white privilege and moneyed interests. Notably, Boots Riley, the director of the critically-acclaimed Sorry to Bother You, conveyed similar concerns in a recent lengthy essay on Twitter, in addition to detecting various ahistorical references meant to strengthen the film’s underlying message of reform.