What is good art critique? A balance! Part 2 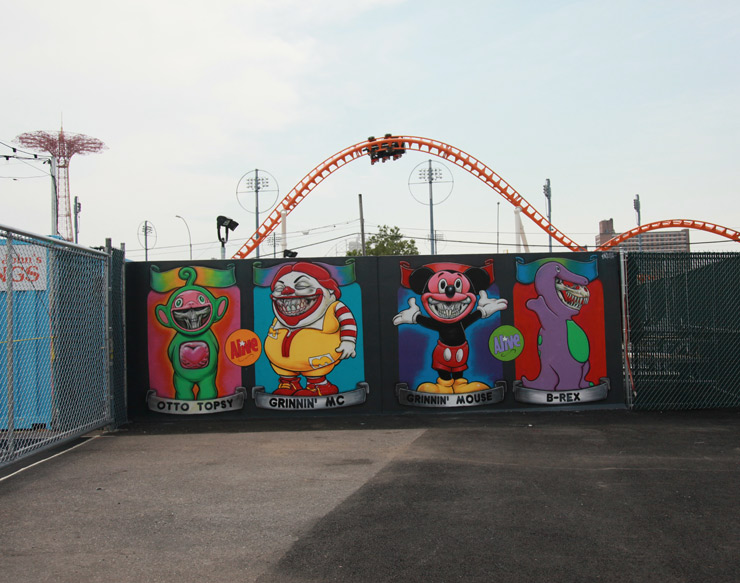 This past week I was inspired to write an opinion article about a recent piece I read on Artnet News by art critic Christian Viveros-Fauné. In his piece Viveros-Fauné assesses a new project in Coney Island, “Coney Art Walls”, which he claims exploits street artists for a real estate ploy by Jeffrey Deitch. Viveros-Fauné presents the project as inadequate within the context of Deitch’s motivations and of the general process of gentrification. There was no real critique of the art, which includes walls painted by an impressive collection of artists, outside of several dismissive generalizing statements that deem them as “joyless, dreary, and dispiriting“ and PR for Deitch’s purposes. One might ask, does the article belong in Artnet News, or a real estate publication?

I aimed to place my opinion of Viveros-Fauné’s article within the context of a personal interaction I had with him months ago in order to show a pattern of prejudice against street art that is prevalent within the mainstream art establishment. The responses I received to my piece were varied; from “great article” through “too personal” on to “drivel”, “name dropper”, “ballsy”, “move back to New Hampshire” (I’ve never lived in NH..) and even “slander”. To clarify, in no way was the central goal of my piece to personally attack Viveros-Fauné, whose expertise I respect, but to use my interaction with him as a means:

This all brings to the fore some very fundamental questions- what is good art critique? Does art need to stand on its own or do art critics need to research it and the artist’s intent in order to appropriately pass judgment? Is it a balance of the two?

I believe most will agree that good art should mean different things to different people, and speak on multiple levels, otherwise it has the risk of turning into a commercial advertisement, or worse yet- propaganda (Viveros-Fauné’s judgment of Coney Art Walls). Some feel that if a particular artwork needs an explanation it necessarily reduces its worth. Moreover, an explanation forces one to adopt or at least acknowledge the artist’s vision, which can impinge on the viewer’s subjective experience. However, does more knowledge necessarily impose on a viewer’s imagination and subjective freedom? In my view, good art enables a balance of the two: space for both added knowledge and subjective imagination. Here, one of the major roles of the art critic comes into play. The educated and well informed art critic shares his/her wide contextual framework and expertise in art history in order to enrich the experience of appreciating art. As with everything, art critique resides on a spectrum- from well informed and researched, to poor.

Everyone can agree that the art in Coney Art Walls is varied including a range of artistic styles and messages (for some detail see here). It is also context and community dependent, which is one of the underlying qualities of street art- providing a dimension very different from work shown in a gallery or museum. Thus, a good critique of the art at “Coney Art Walls” needs to include an evaluation of the given location, which Viveros-Fauné indeed provides. However, Viveros-Faune grossly generalizes with regard to the artists and their work; he judges the work as one big PR tool and fails to present the reader with any information that may enrich its appreciation (or lack thereof), and here I saw its shortcoming, which I placed within a pattern of behavior.

Previous Post
Gentrification in Coney Island as an excuse to undermine street art: Part 1
Next Post
The Artist’s Dilemma: Who is a sellout?